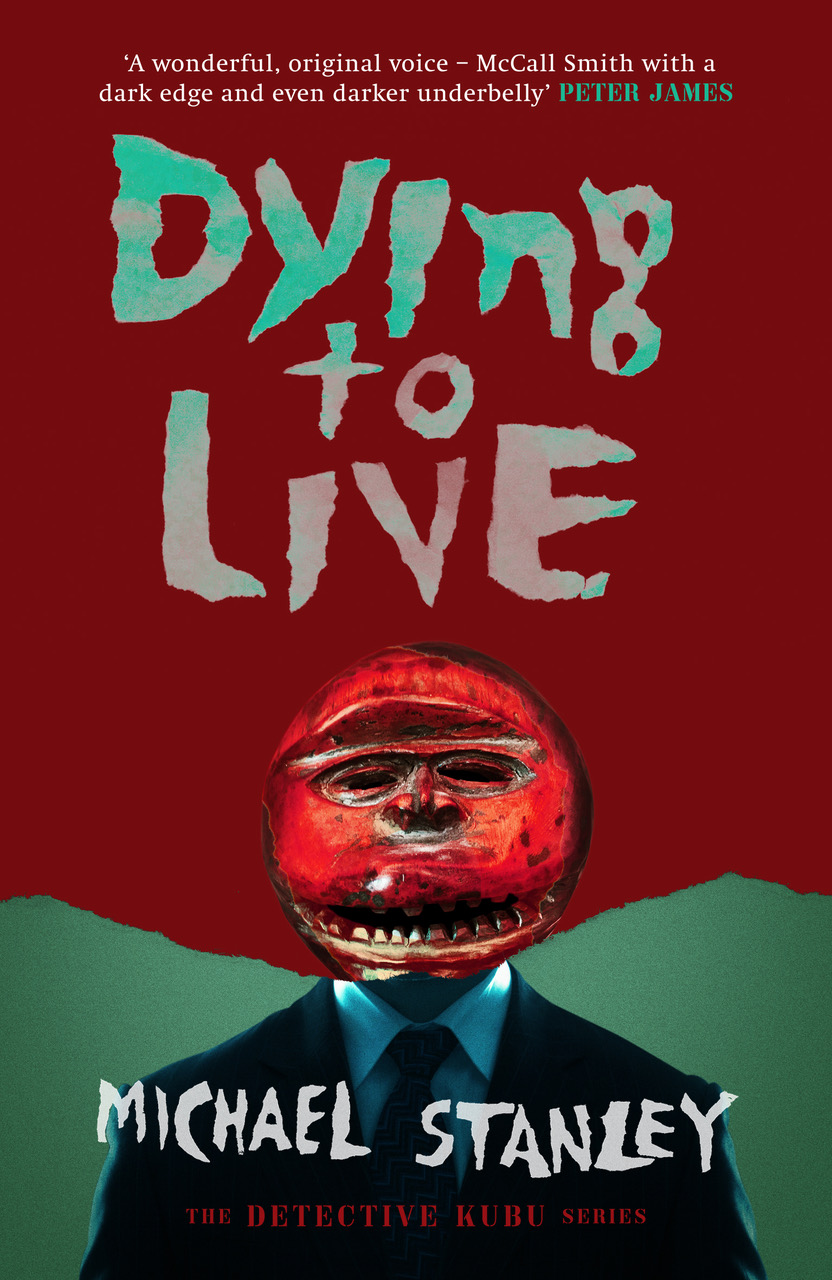 Hello everyone! Welcome to my stop on the Dying To Live Blog Tour – thanks Anne and Orenda Books for inviting me along for the ride. 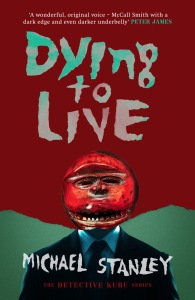 When the body of a Bushman is discovered near the Central Kalahari Game Reserve, the death is written off as an accident. But all is not as it seems. An autopsy reveals that, although he’s clearly very old, his internal organs are puzzlingly young. What’s more, an old bullet is lodged in one of his muscles… but where is the entry wound?

When the body is stolen from the morgue and a local witch doctor is reported missing, Detective ‘Kubu’ Bengu gets involved. But did the witch doctor take the body to use as part of a ritual? Or was it the American anthropologist who’d befriended the old Bushman? As Kubu and his brilliant young colleague, Detective Samantha Khama, follow the twisting trail through a confusion of rhino-horn smugglers, foreign gangsters and drugs manufacturers, the wider and more dangerous the case seems to grow.

A fresh, new slice of ‘Sunshine Noir’, Dying to Live is a classic tale of greed, corruption and ruthless thuggery, set in one of the world’s most beautiful landscapes, and featuring one of crime fiction’s most endearing and humane heroes.

Dying to Live is the sixth book in the Detective Kubu series – slight disclaimer: I haven’t actually read any of the preceding books, but I don’t think that impacted my reading experience as this worked fantastically as a solid stand-alone crime novel. From the outset, the premise of the crime is intriguing and hooks you in, as Kubu and Samantha untangle the crime the book is filled with tension, twists and turns, all of which kept me engaged throughout.

Alongside the main plot there is a parallel storyline where we get to know more about Kubu’s family and his daughter’s fight with HIV – this made his character likeable, giving him depth and compassion.

I loved the setting of the book, the African landscape added a different dimension, making it stand out from so many British crime books, which can sometimes feel a bit samey! Tales of bushmen and witchdoctors bought the book to life with snippets of history and vivid colour. I also liked how the authors created conflicting character opinions through their beliefs of the witchdoctors – it created atmosphere, as well as a sense of uncertainly. If you’re looking for a fairly light crime novel, which is a bit different, then I’d definitely recommend giving the Kubu books a go.

Michael Stanley is the writing team of Michael Sears and Stanley Trollip. Both were born in South Africa and have worked in academia and business. On a flying trip to Botswana, they watched a pack of hyenas hunt, kill, and devour a wildebeest, eating both flesh and bones. That gave them the premise for their first mystery, A Carrion Death, which introduced Detective ‘Kubu’ Bengu of the Botswana Criminal Investigation Department. It was a finalist for five awards, including the CWA Debut Dagger. The series has been critically acclaimed, and their third book, Death of the Mantis, won the Barry Award and was a finalist for an Edgar award. Deadly Harvest was a finalist for an International Thriller Writers’ award, and book 5, A Death in the Family, was an international bestseller.

You can catch the other blog tour posts here:

I received an advanced copy of Dying to Live from Orenda Books in exchange for a fair, honest and unbiased review. Thanks Karen, thanks Anne!

View all posts by Harriet Mumford